“During our audit period, 354 deceased individuals were identified in NYSOH as active Medicaid recipients. Of the 354 deceased people, 21 were enrolled by NYSOH after their dates of death. The remaining 333 people died after enrollment, but their “life status” (living or deceased) was not updated in the NYSOH system. As a result, Medicaid inappropriately paid $325,030 in claims associated with 230 of the 354 deceased enrollees.”

The problem with this audit though is the Health Department did not give the auditors complete access to the records needed. As the auditors described it, “In the conduct of our audit, we faced significant scope impairments and restrictions on our audit activity that delayed our audit and limited the audit team’s ability to fully accomplish its objective.”

The auditors further stated, “In the course of this audit, we experienced several impediments to our audit efforts. Specifically, OSC auditors:

• Had no (read-only) access to the NYSOH eligibility system;

• Were restricted from producing or observing pertinent queries, reports, or data extractions;

• Were provided with system documentation that did not represent what was actually implemented;

• Lacked access to an available mechanism that distinguished business requirements that were implemented from those not yet implemented.”

The Health Department strongly disagreed and said, “The Department did not seek to impose any limitations on the audit.” The auditors responded, “The Department’s presentation of this matter is substantively incorrect. Throughout the audit the Department limited the type and amount of data it provided to auditors….”

The auditors though had available to them a remedy they failed to use. Under the State Finance Law, the Comptroller’s Office has subpoena power (§ 9 State Fin. Subpoenas; oaths.). I suspect the auditors didn’t use this power because senior management did not support them as they should have. It is not acceptable to include a scope limitation in an audit when the auditors have a remedy availble to them, but they fail to use the remedy.

As I travel the country, I hear from too many auditors about restrictions imposed on them by the people they are auditing. Even those auditors with subpoena power fail to use this remedy to assure accountability over our tax dollars.

The auditors in the NYS Comptroller’s Office continue to tell me audits are delayed by “Audit Liaisons” at each agency. Although the liaison is supposedly available to assist the auditors, too often they thwart the auditors. Management of the agency wants to:

These scope impairments seek to thwart the accountability process. In addition to frustrating the auditors, it harms the taxpayers and citizens because they are not getting valuable information about government programs and how those programs work and if the are working efficiently and effectively.

The NYS Comptroller’s Office needs a team of people to take on this issue and assure no further audits have scope limitations in them because agencies denied them access to records or unfettered access to staff. They need to use the resources availble to them to stop the lack of accountability that is now occurring as evidenced by this audit. I wonder what else the auditors might have found if they had subpoenaed Health Department staff? 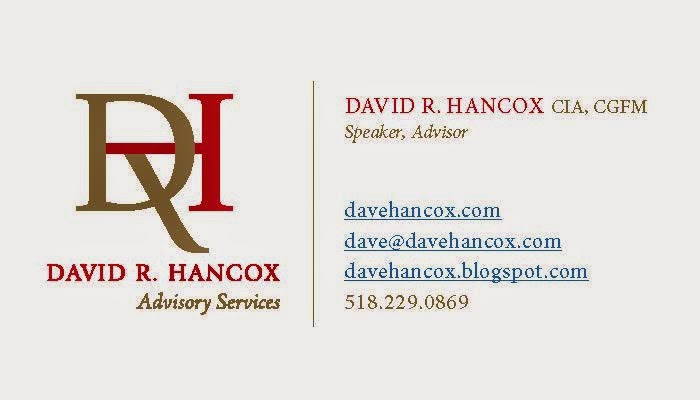